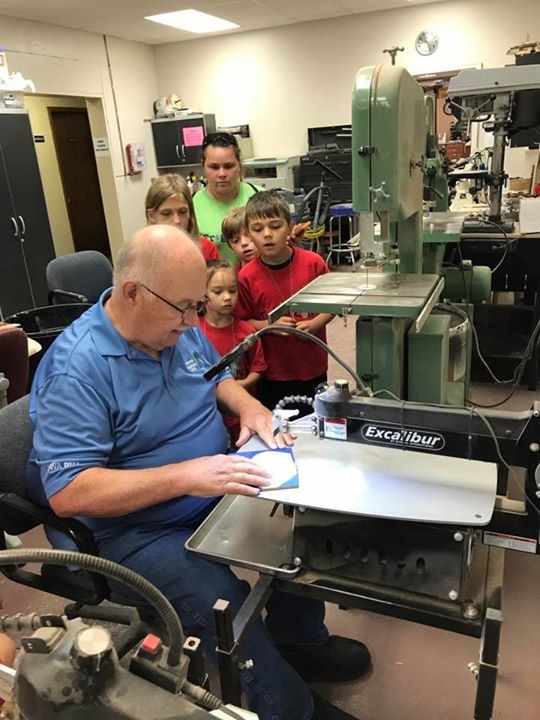 Be the first one to write a review
CAD $5.00 InStock

This place is fantastic.  Visitors to the Woodworking and Scroll Saw Show in Iowa will have met some of the leaders of this organization - they co-lead the event!   Scroll down to read more, and better yet read on the website.

Bear Woods will donate a $50 Gift card, plus any donations you make during this campaign (or in the future.)

Taken from the website...How It All Began

Every serviceman and woman returning to civilian life is faced with never-ending questions spurred by conflict, war, suffering and death. Every veteran responds to and processes these demands differently.

Jim Wagner is a veteran acquainted with the stresses and storms of life. He entered the Army in 1968. The conflict was Vietnam. Wagner's inclination toward perfectionism made him an ideal candidate for leadership in the 199th Infantry "recon" squadron. No doubt, his orientation to detail and attentive sensitivity to others made him a good soldier. He was well-respected. He was a strong, conscientious leader.

One evening, on an ambush assignment, the Viet Cong crawled into the American camp. The ensuing panic and conflict induced an erratic round of mortar artillery. A surprise shrapnel explosion resulted in significant casualties. In spite of personal injuries, Jim made heroic efforts to transport fellow soldiers for medical assistance. Regardless, the incident took the lives of his commanding lieutenant and two fellow infantrymen.

Following hospitalization and treatment for his own extensive physical wounds, Wagner was reassigned and placed back on the field only to encounter another ambush and further traumatization.

After completing his remaining three-month term as a radio operator, Wagner returned to the states. The Purple Heart designation he received for valor and bravery could not diminish the replays that robbed him of sleep, peace of mind and, ultimately, his health.

Wagner found himself lost in a relentless cycle of remorse and undue blame for the wartime tragedies he had witnessed. For years, he repeatedly relived every element of the dark battle scene: the nauseating smell of blood, the deafening
and startling sounds of explosive fire, and the horrors of seeing comrades dying.

Wagner and many other veterans cope every day the best they can with impaired physical and mental health. Depression, post-traumatic stress and anxiety are common.

After participating in prolonged counseling he discovered a need for something more -- something to do and somewhere to go.

Wagner's rented garage, located in an alleyway between 19th & 20th Sts. In Dubuque, Iowa became the place. The restoration of an
'85 Monte Carlo was the concentrated focus that eventually drew Jim out of his shell. In 2009, with the support of his wife, Jim began inviting other veteran friends in the Dubuque area to help with his project. The companionship of other vets and their perfunctory preoccupation with auto mechanics was of therapeutic value.
Another Vietnam vet, Al Rowell, discovered Jim's garage to be "a safe refuge of understanding." Rowell was suffering from emotional triggers and battle scars. His one-year term in the Army generated associations that impaired his confidence and interrupted his days and nights. Rowell recounts experiencing immobilizing trances whenever he encountered the scent of soy sauce, a part of the Vietnamese diet. Burning wood spurred visions of napalm "jelly" bombs. Rowell found himself shutting down as a means of survival. It was in "doing for one another" in the Wagner garage that Rowell was able to slowly process his past. One veteran brought a scroll saw to the garage. Al was hooked immediately and is now an instructor and the most prolific scroll saw artists at the Veterans Freedom Center.

Today Jim and Al are not only the founder of the Veterans Freedom Center they can also be found at the center on a daily basis. With the help of many new and existing Veterans the Freedom Center is now a place of routine for many of the members.